Sending or receiving a text takes a driver’s eyes from the road for an average of 4.6 seconds. If you were driving 55mph, it is the same as driving the entire length of a football field, blind. In that amount of time, the vehicle in front of you could have hit their brakes, an animal could have entered the roadway, or could veer off the road and strike a pedestrian. No text is worth a lifetime of regret, and no text is worth your life.

Blue tooth is a short wave wireless signal used to transmit audio from your cell phone to another device. Many newer vehicles are being produced with this technology to speak right through your vehicle’s audio system. Other devices are available as add-ons to add blue tooth capability to your existing vehicle like Blue Ant’s Commute device. And with Apple’s Siri and other text to talk applications, you can have that text read to you while keeping your eyes on the road. 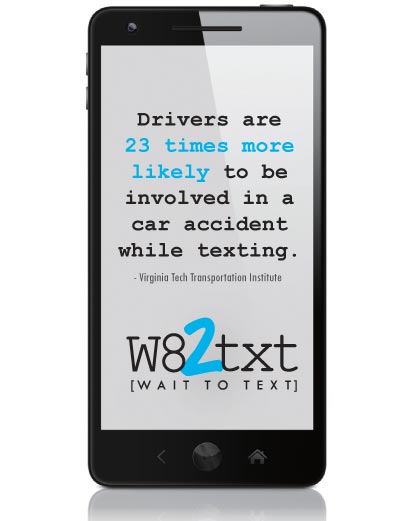